We check out the music video for "Lotto" by EXO. What did we think about it? Check out our reactions and let us know what you thought in the comments!
#EXO #LOTTOMV #REACTIONS
Support us through Patreon!
www.patreon.com/thereportcardpodcast
WANT YOUR PROJECT REVIEWED? EMAIL US trc@thereportcardlive.com
Subscribe to Prince Treysaun's Gaming World
idvid.info/user-ebu75oUqbLNIrm8qkqvBlQ
Subscribe to Welcome To The Wall Podcast
idvid.info/user-ZUPaa-GpwWDHyIq4QJ1MCA
Twitter
The Report Card
trcpodcastlive
Ambitious Ace
AmbitiousAce
Instagram
The Report Card
trcpodcast
Ambitious Image
ambitiousimage
Subscribe To The Podcast On All Platforms
Itunes
itunes.apple.com/us/podcast/the-report-card-podcast/id1091629614?mt=2
iHeart Radio
www.iheart.com/podcast/the-report-card-podcast-27572876/
Google Play Music
play.google.com/music/m/Ies7cjhislcwjbmqhbygpdbyepm?t=The_Report_Card_Podcast
Also available On
iHeart Radio Soundcloud Stitcher Libsyn TuneIn Facebook Tumblr Google+
Grade Scale
Check
Great project. Worth a check out. You will find songs you like.
Dash
The project is ok. Maybe more for the current fans. Not much replay value.
X
Do not waste your valuable time with this. Nothing redeemable about this project.

Like...Comment...Subscribe...Review
Thank you to everyone who listens weekly.

i personally think this video is kinda funny (the cash sound at the same time as the hip-thrust... a bit on the nose but understandable), and with the gift of hindsight the song too, but tbh after Wolf i am a different person and have lost touch with what a perspective without that experience would be like

My favorite exo song is promise

Please react to EXO kokobop mv and live performance..thank you in advance 💚

One of my Favorite EXO song😘

Exo is better than Shinee btw

I’d love to see y’all react to s.m the ballad: Hot times cause i KNOW y’all would love them vocals like fr 😭🙏

React to Lee Jin Hyuk 'I like that' pleaseeee! 🙏🙏🙏

She wasn't betraying them. D.O., Kai, Xiumin, Chen, and Baekhyun have infiltrated an underground gambling (and if the people in cages is anything to go by himan trafficking) ring. If you watch you can see D.O. filming what's going on. Chanyeol, Lay, Sehun, and Suho come in later to help take down the ring and rescue the girl. Suho burns the ring's money. Kai confronts the ring leader when he tries to escape in his car and ties him up to a beam before setting off a flare. Chanyeol rescues the girl and tries to get her out amidst all the fighting. In the end Exo are arrested along with the actual criminals. As he's being arrested Chanyeol slips the video D.O. recorded to the girl as the cops lead her away.

Some people don't like this song because of the auto-tune but I love it!! It's one of my most played songs from them. Thank you for this, please react to more EXO!

one of my favorite exo songs. They had a string of songs that just didn't really groove with me, but this one was fire.

i generally don't like autotune, but as a stylistic choice it can often fit the song very well. this is one of those. i esp don't mind it when it's by singers who are well known, or i know them, for their vocal abilities.

True. I agree. There wasn't autotune on their live performances tho.

Please react to Zico - Any Song

YOUNGN LIPZ MISUNDERSTOOD DEBUT SONG THE HOTTEST NEW ARTIST FROM AUSTRALIA 🔥 OVER 3.2 MILLION VIEWS ON U-TUBE 🔥 OVER 6.2 MILLION STREAMS ON SPOTIFY 🔥 OVER 1.2 MILLION ON SOUNDCLOUD ALL THIS IN 3 MONTHS THATS CRAZY NUMBERS FOR A DEBUT SONG LEEESGGOO 🔥🔥🔥🔥🔥

Yo guys how about u check out some block b :)

Lotto is so underrated. I'm glad you guys reacted to it 😭 I hope you can try this next Exo's Lay - Give Me a Chance MV. Thank you in advance 💕

Destroying legal tender is indeed illegal. Only the government can dispose of money. It's not money at the end, she's slipping them the Key, the cops are treating her like a victim but she is on the boy's side. Thank you for reacting!!

Great reaction, I think both the Monster and Lotto are one story line. At the start of Monster you see the same shots yet it's less hectic. EXO already has scars from fighting. At the start of Lotto they are in street clothes not uniforms. In Lotto D.O was on top of the cage filming people. While during Monster D.O. was sitting on a stack of cameras. The stories were presented in the reverse order. Lotto was the prequel to Monster.That's my opinion.

I would love to see reactions to b-sides where they attack with the harmonies. EXO FALL. EXO-CBX THURSDAY. DYNAMIC DUO + CHEN YOU. CHANYEOL + PUNCH GO AWAY. EXO FOREVER. oh there's so many when you get past the title tracks.

Please react to What Is Love by EXO. It's a music video that was released before their debut

lol, wasnt me.. it was street noise

lololol yup, i'm definitely an all hail discordia person (so is octobre!)

This song got censored/banned by broadcasters in Korea because of its title - references to gambling are against the law. If you watch music show etc performances of it they sing 'Louder' instead. But I prefer to think they just couldn't handle the aggressiveness of the body rolling.

@Syera Aisya what? Did you read who wrote what comment and who you are replying to?

Oliver Hughes she/he wasnt talking About kokobop but Lotto, gambling isnt allowed in South Korea, and of course any kind of promotional event/music isnt allowed- irony South Korea released lots of gambling based film such Tazza (Which literally mean The GOD of gambling-One who good at poker)

@Charlie Ah ok, banned in 'certain countries' is true for loads of videos for all kinds of things because of whatever bizarre laws might exist. China especially bans a lot of things. It wasn't banned or censored in Korea, which is what I was referring to about Lotto.

Oliver Hughes suho said it in their kkb comeback vlive. the MV is rated 17+ and it’s banned in certain countries....so suho is my source...

At first I lowkey hated this because of the autotune, but with EXO you know it's a stylistic matter, they don't need it. In fact, the lives sound great. I love it now. Thanks for the financial advice! 😂

Fun fact 1: Kai had an injured leg with filming this, which is why you never see him dancing. Lay and Sehun doubled up for the dance break! Fun fact 2: When you look at the part where Suho gets busted by SWAT you can see one of the swing his baton at Suho, butcher was a huge gap of space in between them.

Yess. I’ve watched the live stage to this song so many times lol.

some Exo-l please tell me, is the end of the video supposed to be the start of monster or is it unrelated ?

it's in the storyline. it was in a way showing a corrupted EXO that has been on earth for too long. they started indulging in human behavior

@Mrs Grimes I need that book!

With EXO' storylines it's difficult to tell if mvs are related or not, we only know they're all related to their superpowers/tree of life/Red force story. But I will tell you another interesting fact: it's been heavily hypothesised that the storyline in the mv is in reverse. The girl betrays them, so they come back for her and feed her to the wolves.

I always thought she touched Chanyeols hand for helping her escape. It looked like the hand was in handcuffs One of the mv's I still regularly watch. OT9 😭😭😭 thanks for the reaction

They’ve reacted to some of those on Patreon, live stages

I love this song

She wasn’t taking their money but taking the video that D.O. filmed. My theory for the vid is that they infiltrated a gambling den to save the girl. They burned the money but were arrested. The girl had all the evidence. I love this song even though the auto-tune was so strong. Exo are vocal powerhouses, so they don’t need it but it fit this song. Thanks for the review.

Say What Reacts I only speak the truth! 😃👍🏾 Thanks!

Jimins_thighs_are_ everything Exactly the comment I was looking for! Thank you for explaining it to them. 😊 And your user name is soooo true! 😜❤️💜

Exo Lucky One please ! I always enjoy your reactions to Exo, there are a few you guys haven't done yet ^^ Thanks a lot

It was exo week last week on patreon last week, so there’s a live stage reaction there :)

I hope you can React next to Kokobop

This is one out of maybe two or three heavily autotuned songs that I'll willingly listen to, and it's probably because EXO are known as the vocal powerhouse, so autotune in this song is very obviously a stylistic choice. I guess I always find it fascinating that this is an actual EXO song.

Galadriel of Lorien I agree

Autotune is used as a stylistic choice in almost all songs. You should be more openminded.

That's a case with a lot of clearly autotuned Kpop songs, though. At least the once I've heard.

Please react to lucky one, it's one of exo's old songs !!!

Caroline Gomes they reacted to a live stage on patreon during exo week:)
Berikutnya 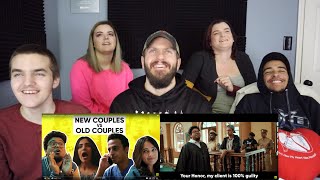 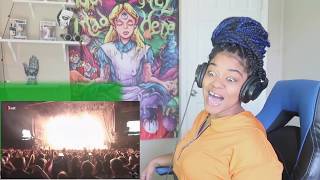 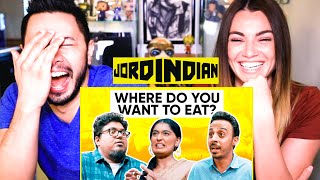 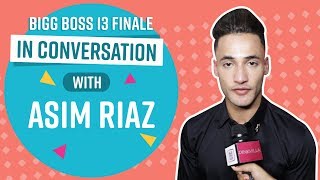 4:17
A Man has a mental breakdown in Lego City Reaction!
Ditonton 19